Microsoft Warned There Will Be No Windows 11

Microsoft has recently made a huge announcement in which they have stated Windows 10 will be the last Windows from Microsoft. This means there will be no more Windows 11. Market was hiked with the rumors that this could be the new marketing strategy Microsoft has adopted and they will soon disclose this, but Jerry Nixon, a Microsoft development executive, exclaimed in a press conference that Microsoft will not produce any more Windows and Windows 10 would be the last version of leading computer software. 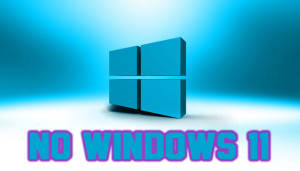 The statement he made was officially backed by the Microsoft, and they said Windows will continue to see its updates in future in the same manner. The change Microsoft has made is that now onwards they will not create any stand alone new version, instead they will produce new regular updates and installments for Windows 10.

This all information is revealed by Mr. Nixon during Microsoft’s Ignite conference held in Chicago. While supporting the Mr. Nixon’s statement, Microsoft said Mr. Nixon’s speech reflects the new innovation in the traditional way of their software making and opens a new gate for firm to adopt new strategies and technologies.

Now users will receive the Window updates in regular intervals, so this will make the Windows a service to serve their clients. This new innovation will help Windows to grow more in future.

Microsoft is not yet confirmed what to call the future operating system that will come beyond Windows 10. Another official of Microsoft, Steve Kleynhans, confirmed that there will be no Windows 11 for sure. He further said Microsoft has previously avoided using the term Windows 9, instead chose the name Windows 10 to indicate the break with the traditional desktop software which has remained a successful operating system. However, this process of creating a new Windows every time have always out their team and users into trouble.

Every three years Microsoft and its team sit together and work on new operating system. The developers work hard for full three years, but the product that pop out would be on the basis of what people want three years ago.
Besides, Microsoft needs to spend a huge amount of money to develop this product first and then on marketing to convince people, this new product is better than anything that you have previously experienced. Microsoft’s this move will give them rid from this frantic work, and fans will get advance features with timely updates.

Microsoft generates its revenue from the sales of PC, so this change is unlikely to affect the firm revenue. The entire project and change seems all positive, but it still carries a little risk. Now Microsoft needs to work hard on creating new updates regularly, the hard part would be to synchronize with corporate customers, how they would manage this change. This demonstrates this is not the end of Windows, in fact now Windows will receive update faster than ever.

One thought on “Microsoft Warned There Will Be No Windows 11”