As we all have heard the announcement made by the Microsoft officials regarding the end of windows after Windows 10. It is officially said that Windows 10 will be the last Windows from Microsoft, but they will keep on updating the Windows 10 by providing more features to their users. 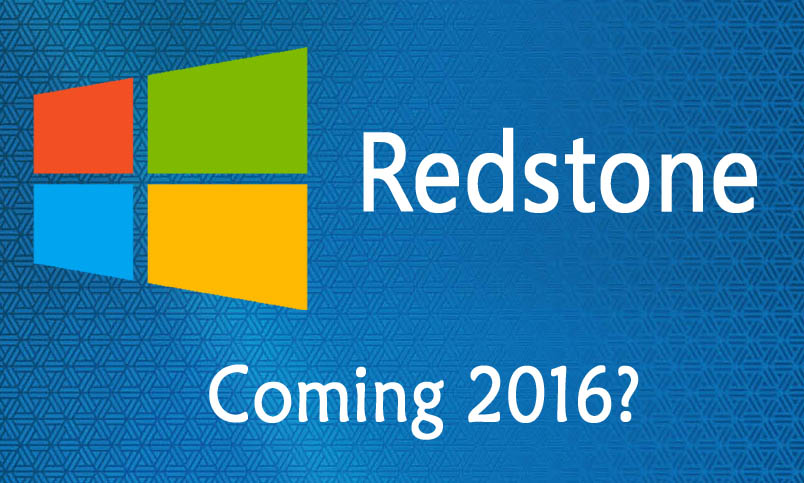 With this new approach in mind, Microsoft has decided to launch its updation (Codename: Threshold) in this summer. Besides this, they have also some big special plan to launch another update ‘codename: Redstone’ in 2016.

After launching the Threshold Company will swiftly move to the next updation work. Their plan won’t end with the Threshold launch. As they have strategy for all the products’ launch, they have planned sequence of updations for the next few years that will keep users busy.

Next year updation is on the calendar, this news is revealed by the Neowin news where they said company is planning to bring a remarkable update for the window 10, but how much affect it would have on Windows 10 is not yet clear. But as the name they have given to the next year update, it seems it would have great impact on the Windows 10 and this will be a major update from the Microsoft side. Many people are wondering about the name they have given i.e. Redstone. What does that mean? It is basically a very popular item in Minecraft, where it is utilized to build new technologies to improve the product. In September 2014, Microsoft has acquired Minecraft-maker Mojang for $ 2.5 billion.

Many sources have mentioned several Microsoft’s plan for this year updation. It is said that Microsoft’s this year update (Codename: Threshold) is a minor update, just to brush up the users for coming major updates, and this minor update will also help users to understand the method of updation Microsoft has adopted recently and meanwhile they will get accustomed to the updations without any complications and confusion.

As the Microsoft is launching update this year in summer, it is expected they will launch next year’s updations too during summer time. Microsoft will adopt the updation time frame of June to October, and they will maintain this schedule for further new updations for Windows 10.

As many rumors have started catching the attention of users stating that the Redstone will be the Windows 11. But factually, Redstone does not seem to be the name of Windows 11, as this updation has come out quickly from the Microsoft side so it could not be the proper windows that we can call Windows 11. It is merely a larger update than usual updates of Microsoft, which will provide functionality and support for new classes of device.