One doubt that was kept on haunting Microsoft fans was, whether Microsoft will release Windows 11 or not? Since they have officially announced Windows 10 is the last version in Windows series. Nevertheless, excitement is already touching the sky and fans have huge expectations from the Windows 11. A new and fast features wishlist is expected in the next version of Windows. Fresh format with several new applications without any compatibility issue is the most desirable feature that every Windows users are expecting. 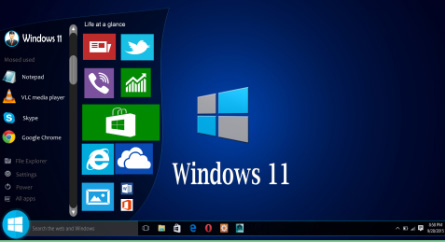 Here you will find all news and update of Windows 11. Simply use the link below to navigate quickly. But we recommend you to ignore and read full article.

The tech industry is waiting eagerly for the news of Windows 11, even a little of its news is creating sensation among them. The problem Microsoft is facing is some people are not much getting interested in the update strategy which they have adopted recently, in place of which they want to see much bigger offering from Microsoft in the form of next Windows. Microsoft is not yet open to its next big project as they are busy in giving new updates to the Windows 10. In summer next year Microsoft is expected to give new update, code-name as, Redstone to the users.

Though people are more inclined towards Windows 11, the previous launch of Windows 10 has gained a huge success. The reason behind successful iteration of Windows 10 could be the focus of Windows’ developers since Microsoft see the developers a part of the bigger picture. They have developed a complete strategy this time for Windows 10 success which includes giving compelling reasons to users to download new updates. Besides giving it a touch of amazing looks, they have provided enough useful features to put enterprise on to Windows upgrading mode.

Microsoft Says No Windows 11: Why? 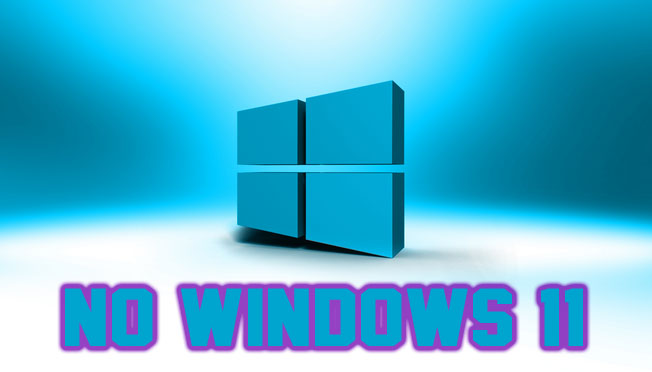 The official news has come from the Microsoft office that says Windows 10 will be the last Windows operating system and there will be no Windows 11. Since the tech world was piling up rumors of Windows 11 release, Microsoft decided to announce and share it publicly that they are not into making any sort of new Windows upgrade version after Windows 10. This verifies there will be no more Windows, and Windows 10 will be the last Windows from the Microsoft.

Windows As A Service:

Microsoft has adopted ‘No more Windows strategy’. In a press conference, Jerry Nixon, a Microsoft development executive, gave a statement in which he said Microsoft is not going to make any more Windows after Windows 10, so you can say Windows 10 will be the last Windows for users, but it does not mean all will end here or whatever you have in hand is the last. Microsoft will not launch next Windows version, but for Windows 10 they will keep on giving regular updates to enhance the user experience. He was not alone to say that, in fact Microsoft itself has confirmed and backed Jerry Nixon’s statement and said they will continue to update Windows 10 on regular intervals in the place of standalone Windows version. This news was shared in Chicago during Microsoft’s Ignite conference. Microsoft will adopt a particular pattern of update launch for Windows 10 will make the Windows as a service to serve their users. As they believe this strategy is more useful to concentrate on users requirements.

Steve Kleynhans, an official authority of Microsoft, has also confirmed there will be no more Windows. As creating the whole new Windows cost a lot of time. It takes about 2-3 years approx to create new Windows and by the time final product launch in the market, its turns old.

“There will be no Windows 11,” warned Steve Kleynhans, “Every three years or so Microsoft would sit down and create ‘the next great OS’,” he said. “The developers would be locked away and out would pop a product based on what the world wanted three years ago.”

About Next Microsoft Operating System Update:

After the news of no more Windows from Microsoft, there are several rumors that are making highlights in the tech world, and somewhere it is all worthy to keep track of that. As Microsoft has said they will not launch next Windows after Windows 10, but rumors have hinted that they have something big in the bag for users which they will launch in 2016. 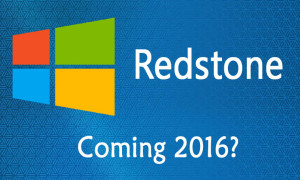 As per reports, Microsoft is planning to release new update (Codename: Redstone) in the year 2016. This update is more in news since many experts believes this will not be a bigger update but it will bring lots of improvements and bringing Windows 10 support to more devices, like HoloLens. Next year updation as codename Redstone is on the calendar, this news is revealed by the Neowin which reported company is planning to bring a remarkable update for the window 10, but how much affect it would have on Windows 10 is not yet clear. Many people are wondering about the name they have given, Redstone. What does that mean? It is basically a very popular item in Minecraft, where it is utilized to build new technologies to improve the product.

It seems Microsoft has some big surprise in their bag which currently they don’t want to share, but they will unveil when the time come. Microsoft has said they will give regular updates of Windows 10 for their users and they are working hard to give them useful updates. Among their hard work on update news, there is rumors running in the tech world which hints they are secretly working on the Windows OS next update, Redstone, expected to release in 2016. Many experts have claimed the new update that Microsoft has planned for next year will not be a major update but will bring lots of improvements to Windows 10. 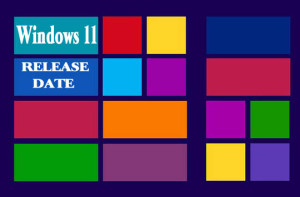 As a matter of fact, Microsoft has clearly declared that Windows 10 is the last Windows and they will not make any more Windows. Few tech experts are reporting Microsoft will create a new operating system but they will not give it a name of Windows, rather they might market it with new name. For now, as per reports, Microsoft has planned new update for Windows 10 and has given it a codename of Redstone arriving in 2016. For more read Windows 11 release date.

Even though Microsoft has confirm there will be no Windows 11 but that does not stop fans from designing Windows 11 concept. Below is the Microsoft Lumia 965 concept which comes in four colors Silver, Gold, Green and Orange. 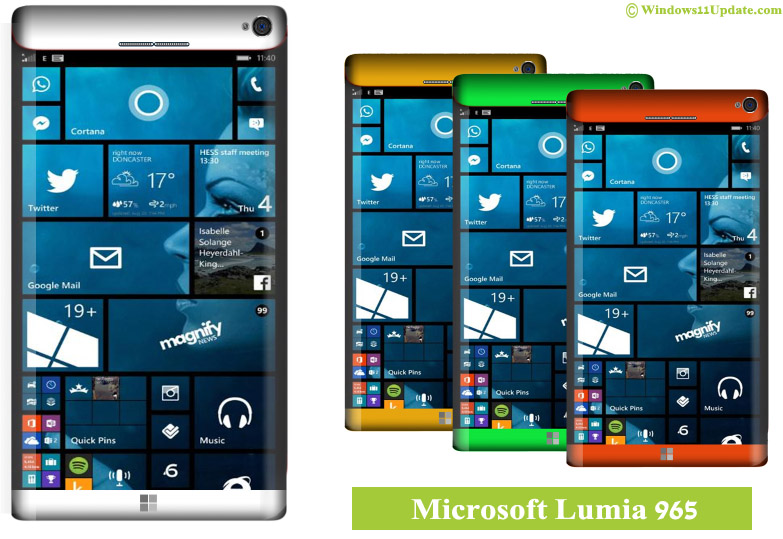 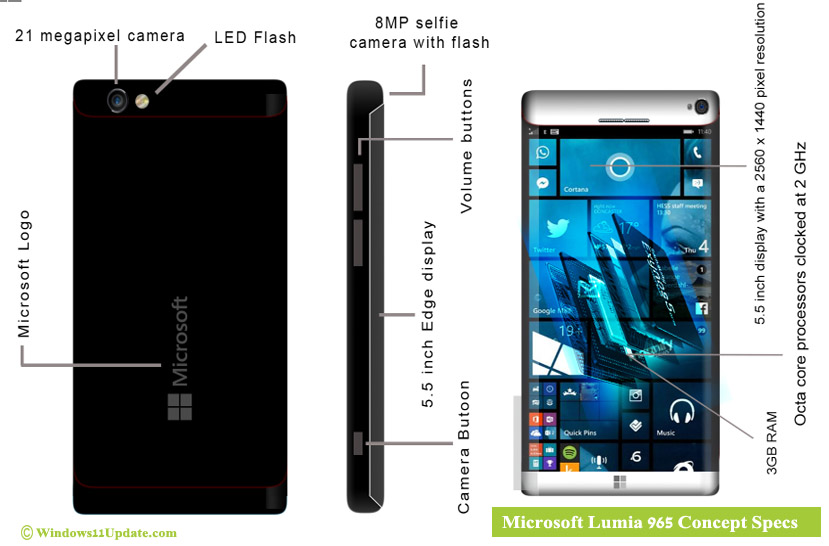 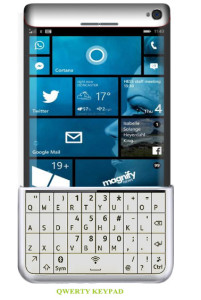 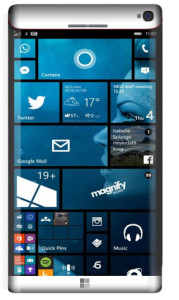 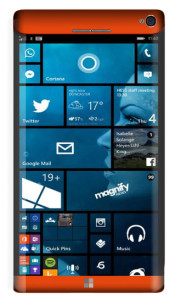 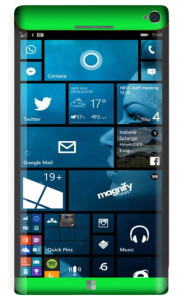 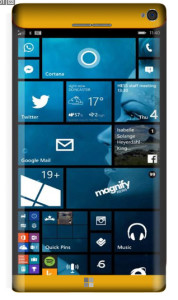 As now you know about the working of Microsoft on next operating system update as Redstone, so you can share features wishlist of next update with a hope that Microsoft will listen and add those features in the next OS update. Share your features wishlist in comment and best one will be updated on the site…